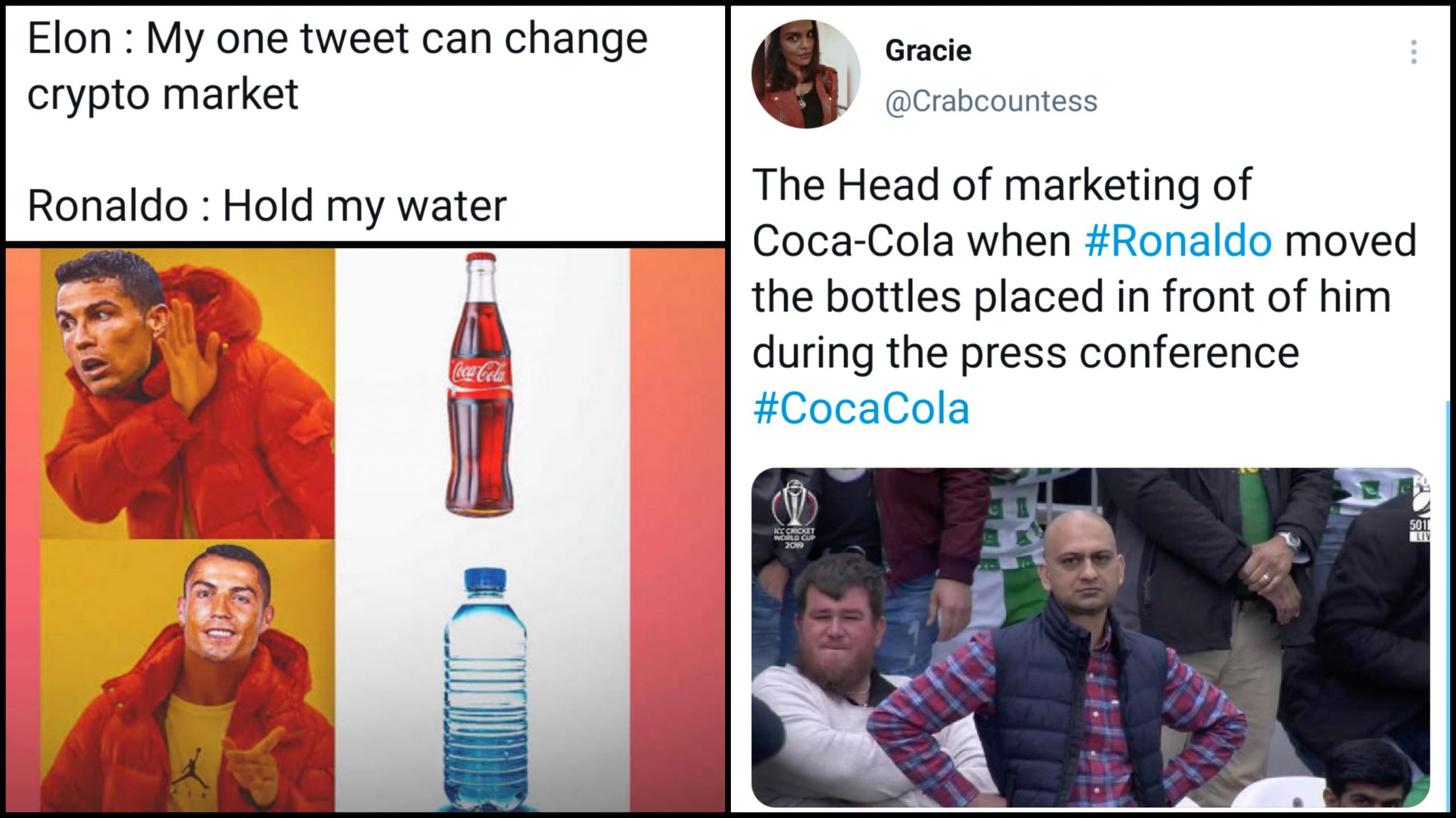 Ahead of the UEFA EURO 2020 match between Portugal vs Hungary, Cristiano Ronaldo attended a press conference where he replaced Coca Cola bottles in front of him with water, the video has been making rounds on social media and has cost Coca Cola a loss of around 4 billion dollars in shares!

And the internet has served the funniest memes!

Cristiano Ronaldo proved why his fitness levels are second to none as his press conference stunt wiped $4b off the value of #CocaCola. FULL STORY > https://t.co/ByW8GZk1ia pic.twitter.com/YmBRh97vEj

People were sharing the company’s reactions:

The Head of marketing of Coca-Cola when #Ronaldo moved the bottles placed in front of him during the press conference #CocaCola pic.twitter.com/kWouNUwnHg

Coca-Cola share after @Cristiano putting them away on an interview #CristianoRonaldo #CocaCola pic.twitter.com/lDdHVPTgQa

If you know, you know
#CocaCola pic.twitter.com/kiNdcXN5i8

People were sharing the situation of Coca Cola after their shares fell:

#CocaCola shares before and after the incident pic.twitter.com/bmDV4yKdzr

#CocaCola shares before and after ronaldo press conference: pic.twitter.com/qLgaw640Oz

People also took this as an opportunity to throw shade at other influencers:

People were in awe of him:

What do you think about this gesture? Let us know in the comments below!

Capri Goes Extra Miles With Its Care For Consumers

Pakistanis Share The First Thing That Comes To Their Minds When They Think Of Islamabad!