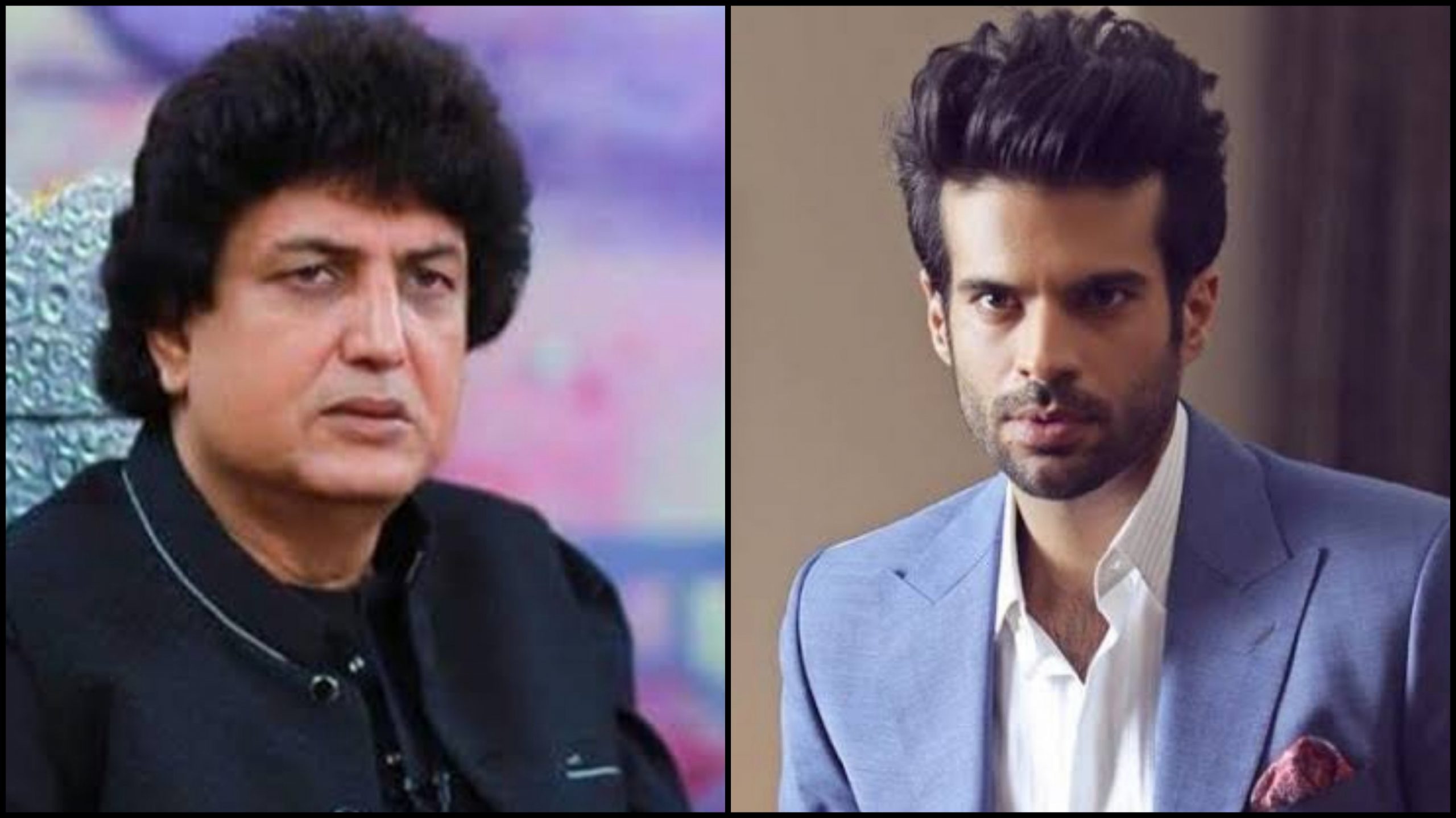 Another day, another hate speech by Khalil ur Rehman Qamar and this time he isn’t just targeting women. In a show on BOL, the writer went on to spew hate against Adnan Malik and the rest of the industry calling them hijras, a slur for transgenders in our society.

What’s more problematic is the applause and cheers that followed after his transphobic comments. What triggered Khalil ur Rehman Qamar was Adnan Malik speaking out against his misogynistic remarks on twitter:

I think this sums up my views in general regarding KUQ & me playing him in Sadqay Tumhare. 🤢 https://t.co/zEQckWOgLu

It should also be noted that Adnan Malik played Khalil in Sadqay Tumhare which was based off of Khalil ur Rehman Qamar’s true love story. As the video surfaced the internet, people were disgusted at the vile and transphobic comments:

Hijra hona is so much better than being a foul-mouth lowlife man.
Adnan Malik will always remain a better man for standing up for equal rights. Also for betterment of our society,KRQ shouldnt be given platform to propagate his filth. Applause & laughter he received is disturbing

Shameful! We have people working tirelessly to eliminate transphobia from society. “Hijras” are some of the most marginalised, persecuted members of society. We are all Allah’s creations and he’s ridiculing HIS creation. I hope this abomination sees a swift downfall . Ameen.

It takes a special kind of turd to presume that being called 'hijra' would register as an insult.

Dear turd, being trans is not something to be feared or insulted by.

Many pointed out how there is nothing wrong in being a hijra:

The king of exposing himself over and over again:

People were now seeing that his problematic behaviour was not just limited to women:

This is what I've trying to tell everyone. He is not only insulting to women but men too. He has been doing it in the past. His supporters should know that he has absolutely no filters and can even insult them if he feels like it.

Jami shared how KRQ should be completely banned from the industry:

This guy needs to be banned from industry #hamyounsaeed @ARYNEWSOFFICIAL this is completely getting out of hand now #Khalilurehmanqamar https://t.co/CaJyj5VToQ

People were all support for Adnan Malik:

Ok so now he's stooping to this level. Let him. Let's let him.. so more and more people can see his real face. Also, @adnanmalik is a pure gentleman, unlike this douchebag. Adooo. We love you ⁦❤️⁩ https://t.co/Q7ecC5YbqR

Many were of the opinion that he feeds on hatred:

this man is malicious. he’s a fucking disease which not only feeds on hatred but spreads it through the society. look at that fucked up smirky smile on his face oh gosh this asshat is transphobic too!!
a fucking narcissist. i can only imagine state of mind of people cheering him https://t.co/2azXGGkIQK

sad how I know insensitive fucks like him irl who still use 'hijra' and 'khusras' as insults https://t.co/0B3olnXsrE

Some weren’t even surprised at this point:

Disgusted, but not surprised! https://t.co/NWc9fhC7hh

a) There is nothing wrong in being a hijra you pos
b) Adnan Malik is a far better human being and he didn’t deserve to portray a GADHAY KA BACHA like you
c) tu deserve nahi karta achi maut and I hope to god tu jitna bura kar raha hai ussey bura tujhay milay https://t.co/KxoPaUkNJQ

Put this man in an asylum already 🙂 https://t.co/kBqJsN6MyY

Mans thought we didn't hate him enough for being misogynistic, so he went ahead and became transphobic too https://t.co/u8E9x3dmDG

The magnitude of cheering in the background tells you everything wrong about this society. https://t.co/4MMijXr5po

Lol, do you all hear the cheers? DO YOU? Then you ask why is he still on air? Lmao, because of you, you assholes. https://t.co/AaEWA72kKl

Many thought it was about time that words like ‘hijra’ and ‘khusra’ should not be used as insults:

I m convinced that this man is mentally unstable https://t.co/fXHS6qLhfF

I really don't want to discuss this bigot anymore but my blood is boiling. Where the hell is PEMRA when he's spewing this kind of filth? Why are TV channels still giving him airtime? He is nothing but a hatemonger who incites violence against marginalised communities. https://t.co/TjZ87P9WTO

People were also furious at the channels who keep calling him for the sake of ratings:

The only thing worse than this excuse of a man is our brazen and insolent media that keeps giving him platforms to present his cheap immortalities,along with the people who enjoy deplorable scandals such as these. Maut nai aati tou sharam tou aati ho gi. https://t.co/uskC3soZYt

What do you think about KRQ’s transphobic comments? Let us know in the comments below!

5 Reasons Why Shehzad Roy Has Proven to Be Pakistan's Favourite Music Icon!

10 Times Pakistani Celebs Thrilled Us With Their Award Show Performances!