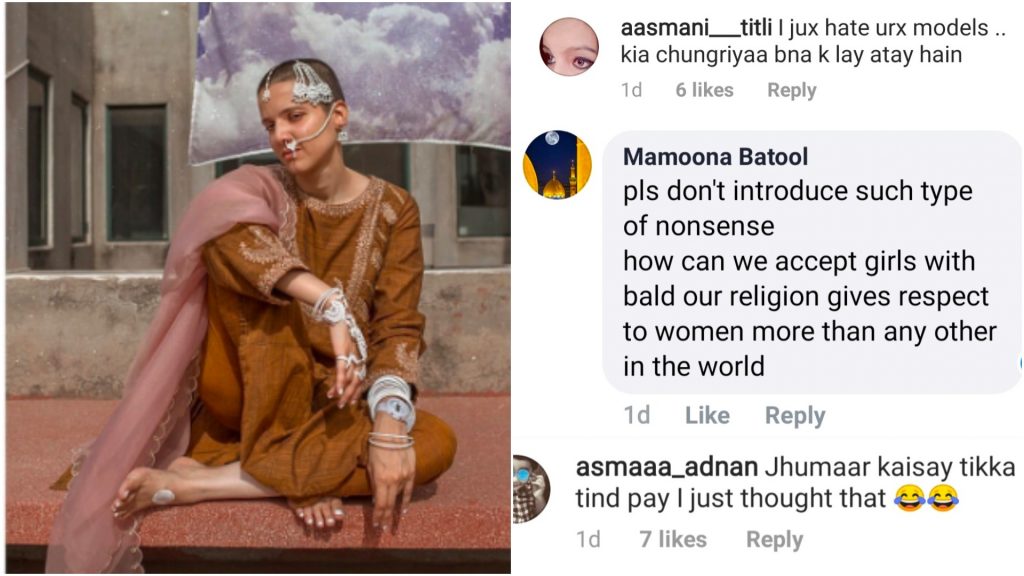 When it comes to conceptualizing campaigns, no one can do it better than Generation, it’s a fact! The brand has always tried being inclusive with their heart warming campaigns, be it showcasing their dresses on mothers, plus sized models or people with different skin tones and skin conditions like vitiligo, generation has always been on top of their game!

Their latest campaign has gathered a ton of criticism and insensitive comments from a society that is just not ready for inclusivity and it makes us beyond sad. One of their models in particular has been the center of attention:

Beautiful, right? But majority of the people don’t think so. The comment section was full of vile and disgusting remarks for the model. Despite the fact that the model represents those who might have lost their hair due to chemotherapy, skin conditions or just want to rock the haircut, people had serious problems digesting the campaign:

The notion of being bald almost seemed like an alien concept to them judging from their comments:

Some were having a great time mocking the model’s appearance:

Since when did losing hair become a sign of disrespect?

As if maids don’t have the right to dress nicely, what is up with the society? 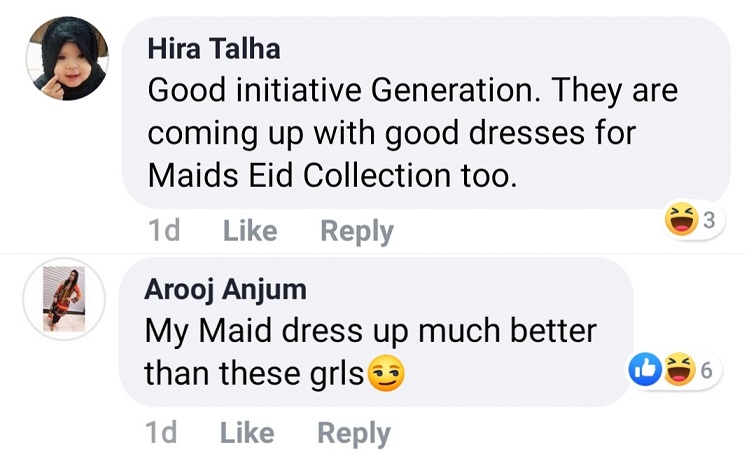 People thought the photographer was a psycho… HOW? 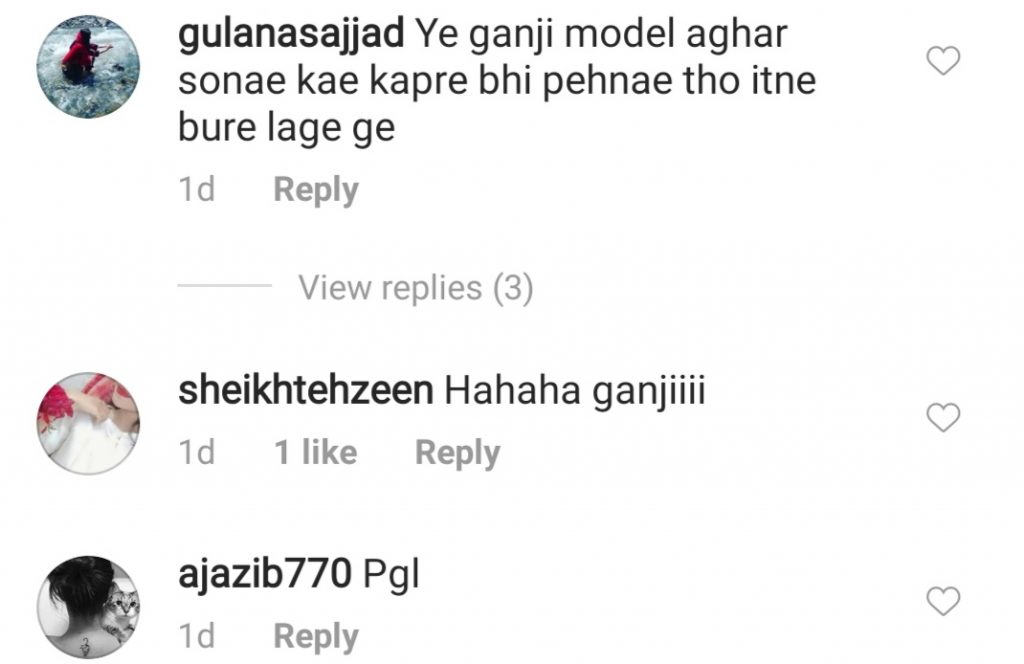 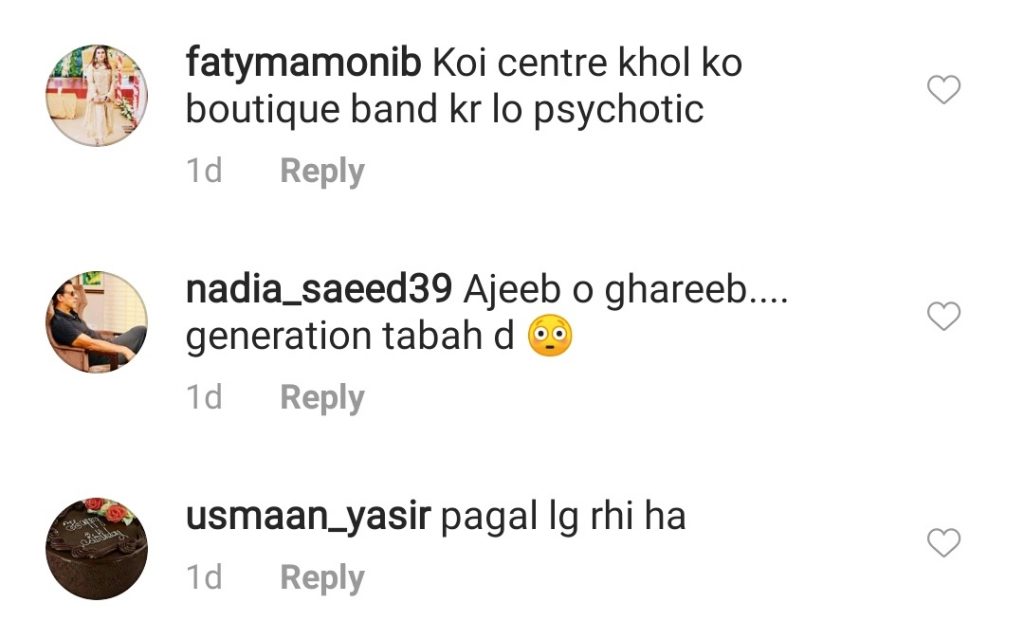 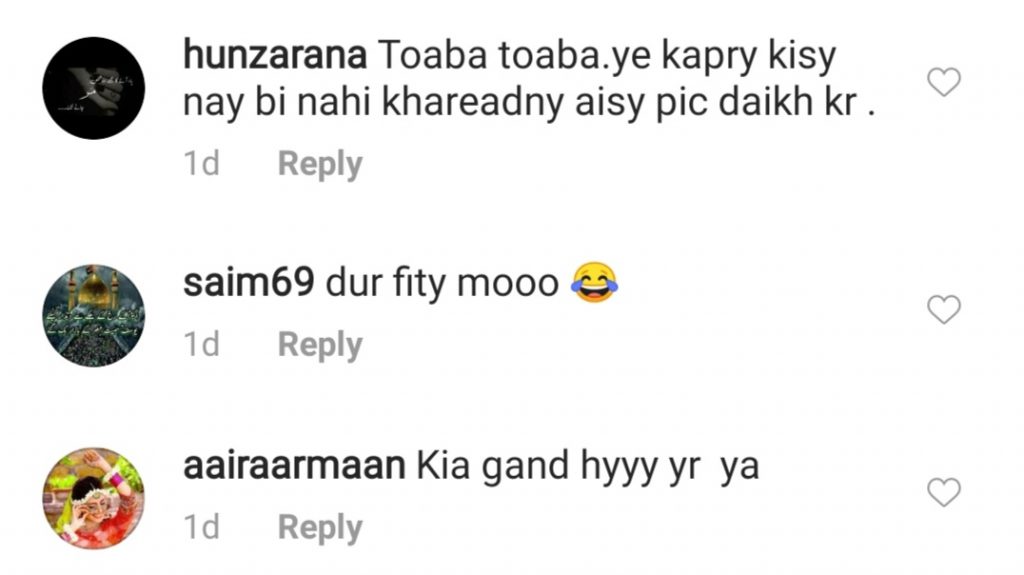 Just because she doesn’t look caked up with makeup?

Logic has left the conversation:

The trolling and vile comments went to such lengths that the brand had to disable comments on their pictures: 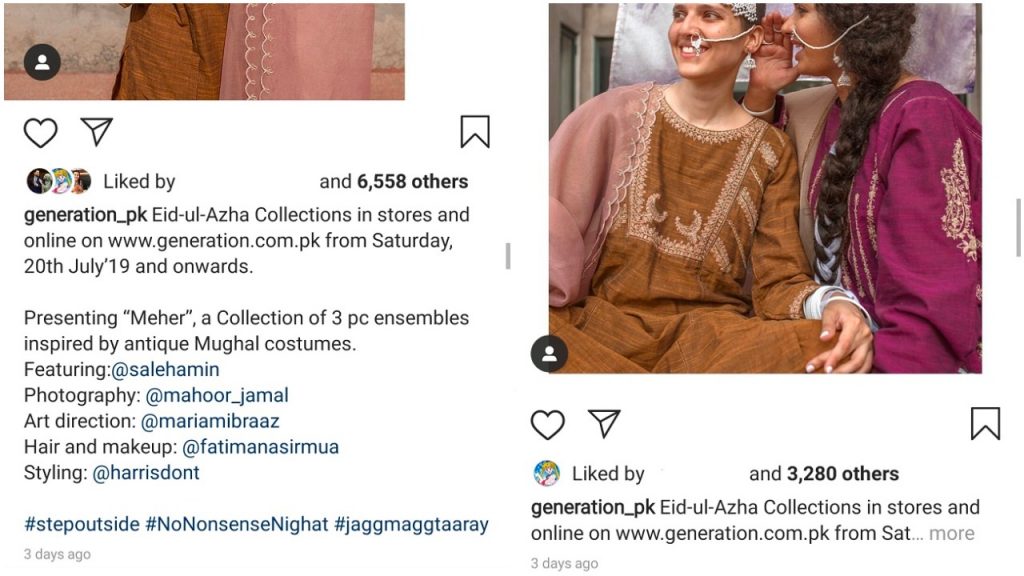 And while many were busy mocking the concept and showing their lack of empathy, there were many who loved the idea behind the campaign: 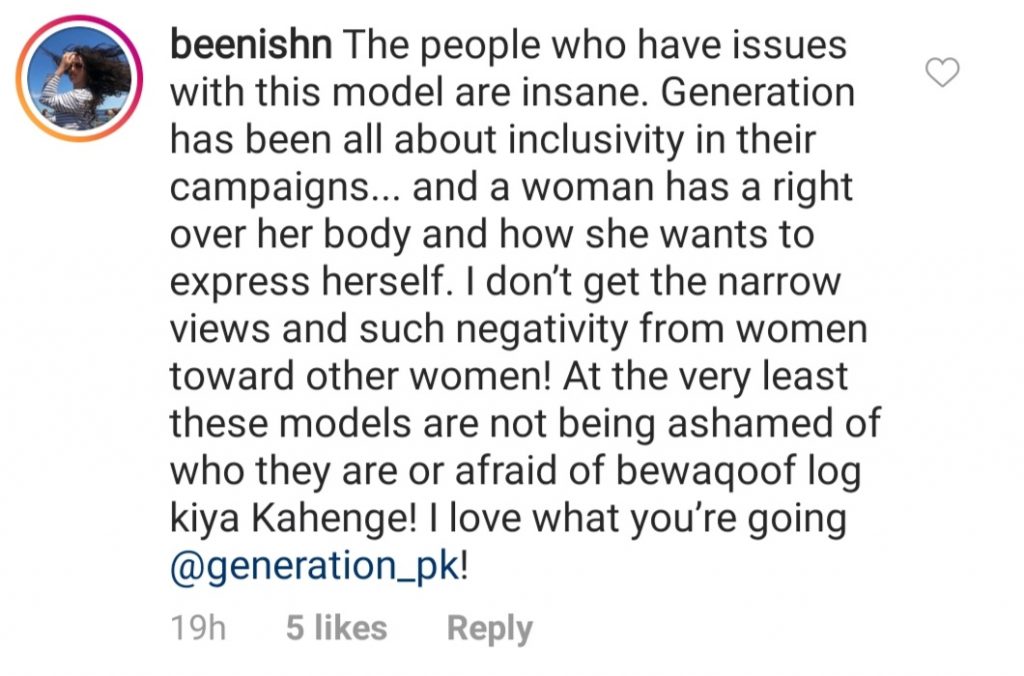 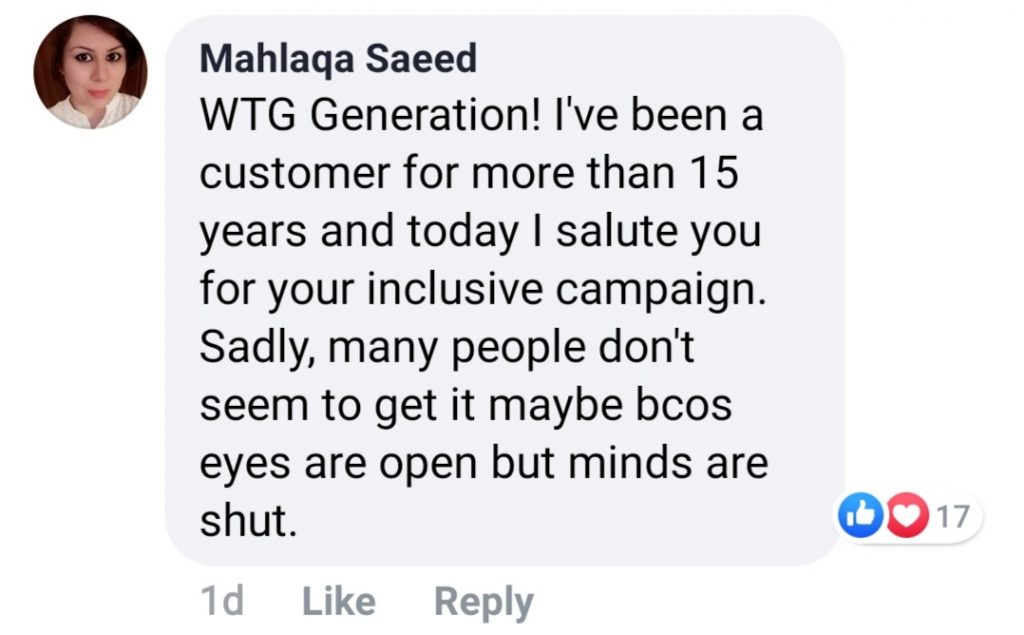 People were all praise for breaking stereotypes: 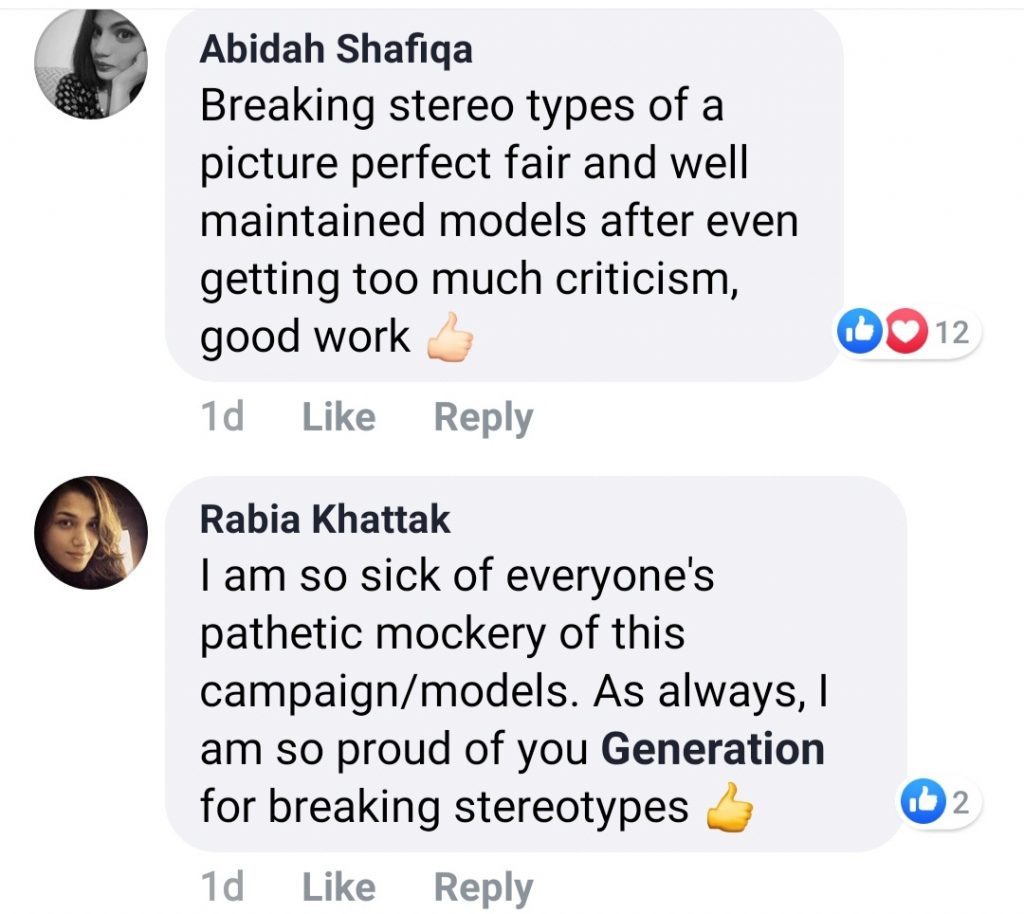 People were loving every little detail! 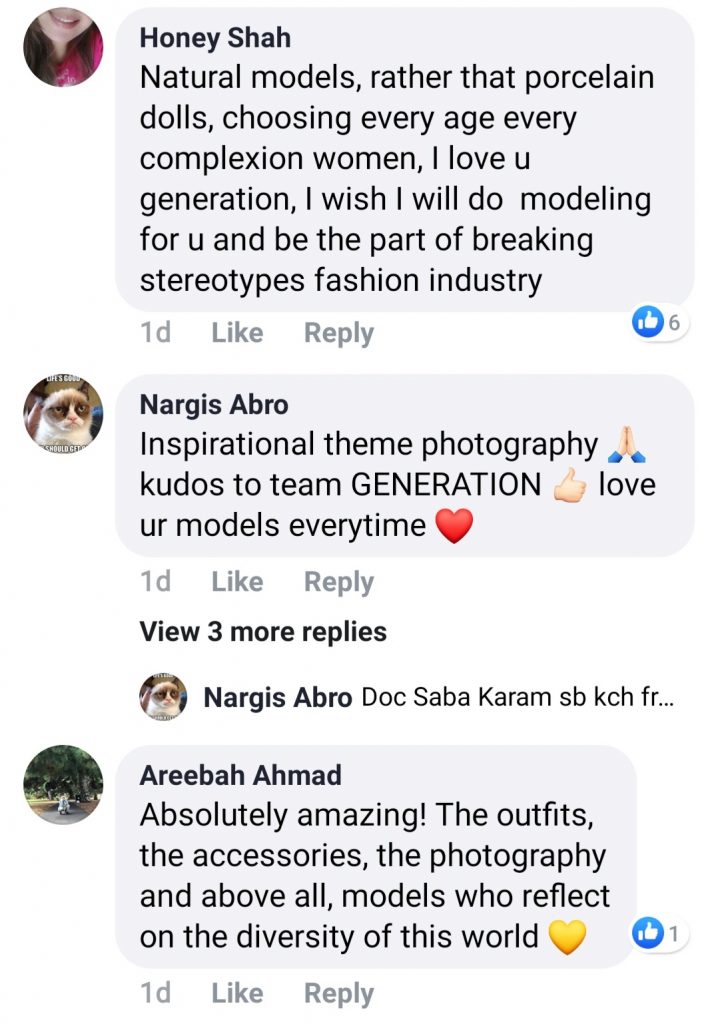 There was love and positivity: 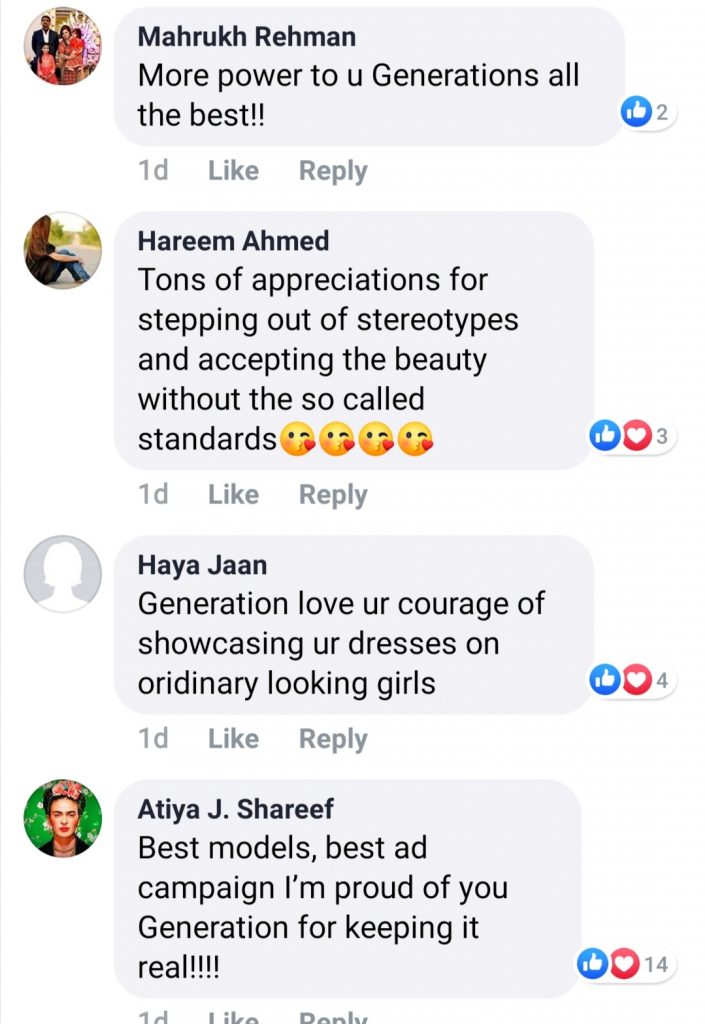 We’re sure it will: 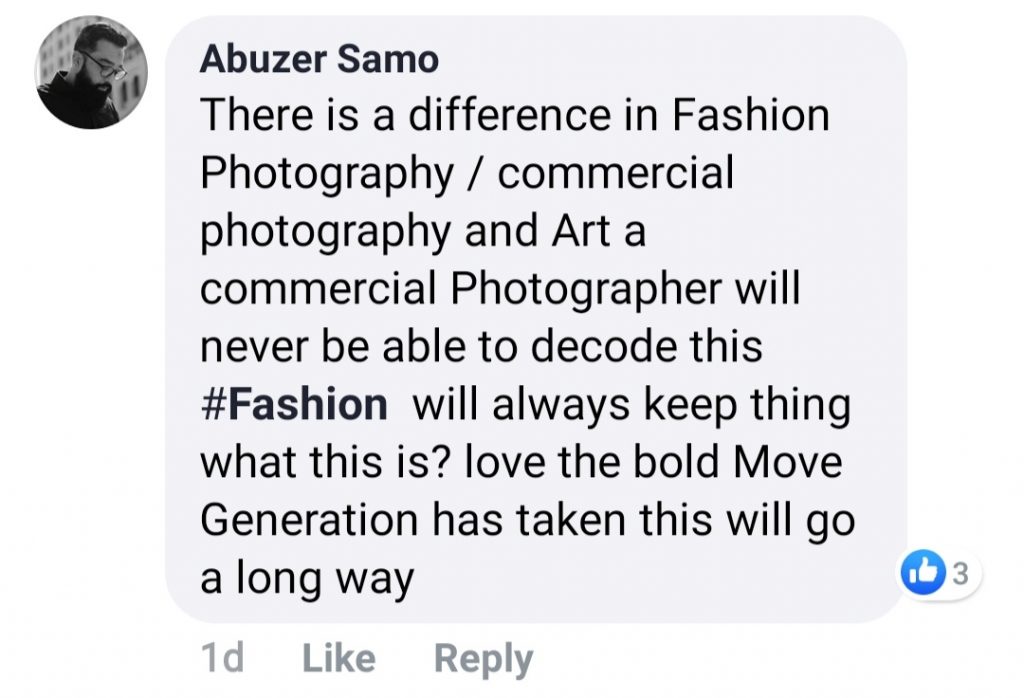 People shared how they wanted more brands to be more inclusive in their campaigns: 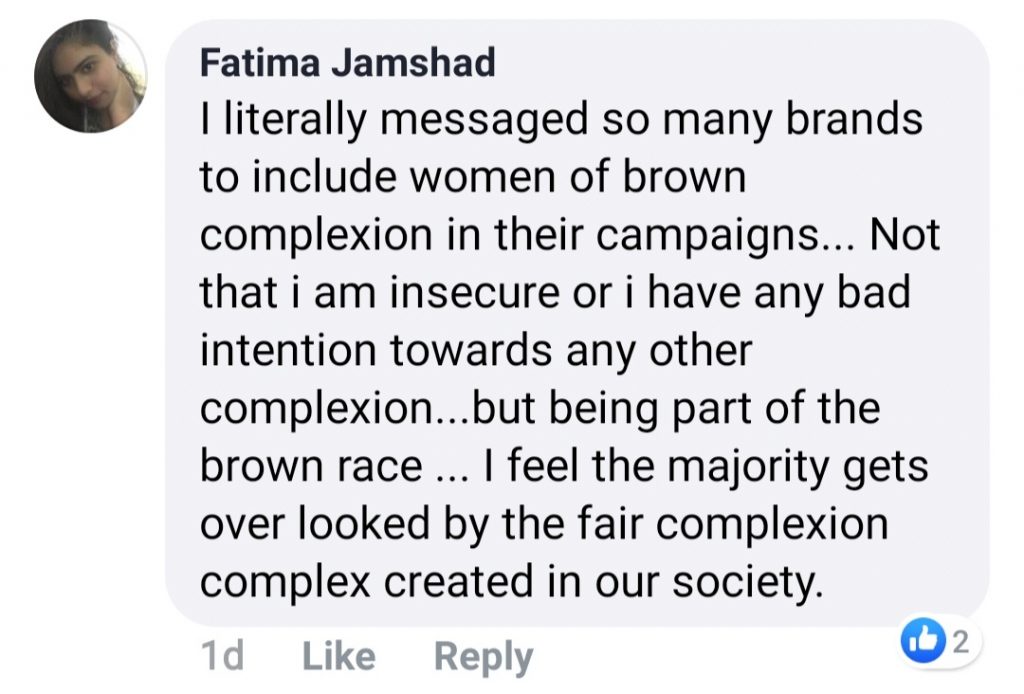 Every one is beautiful! 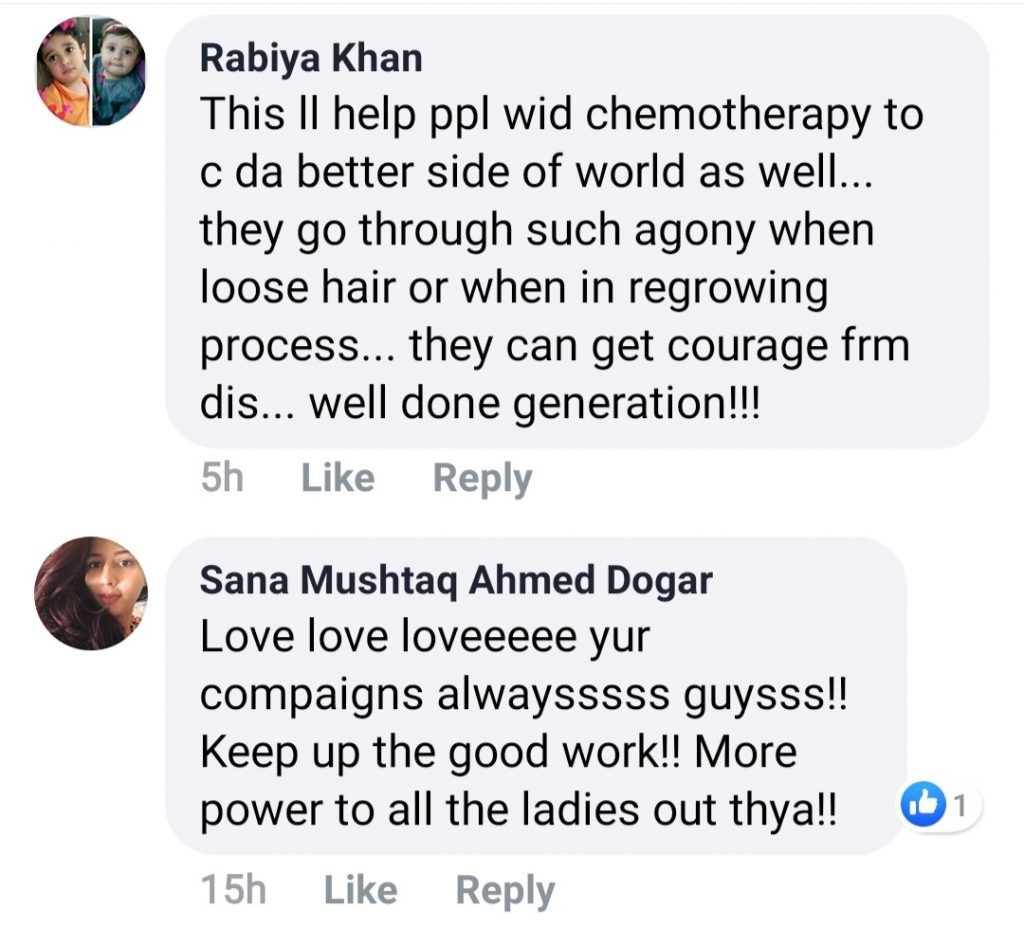 People were appalled at the amount of hate comments:

Which is exactly why we love the brand: 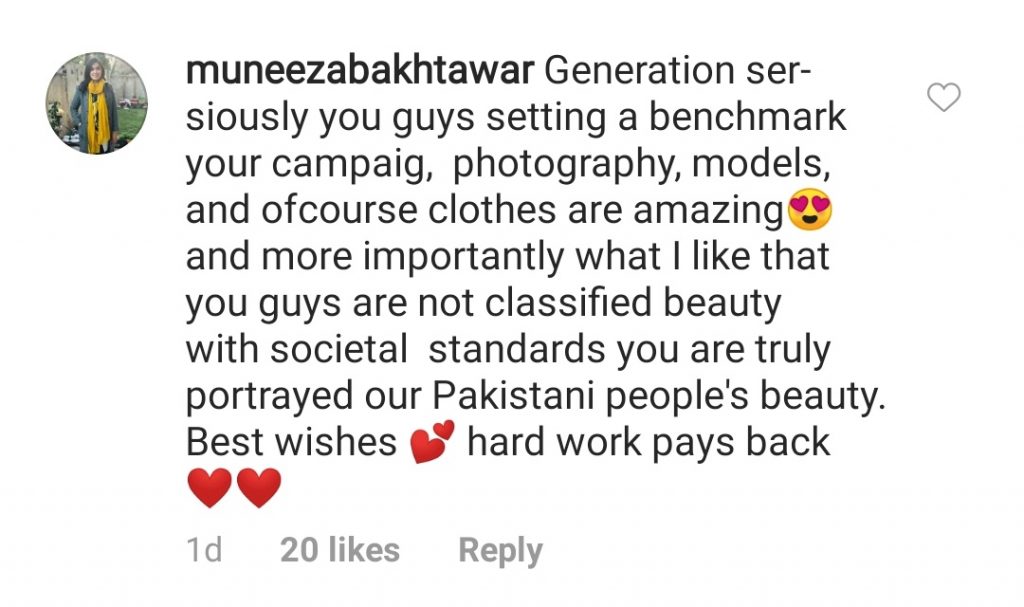 Everyone needs to read this! 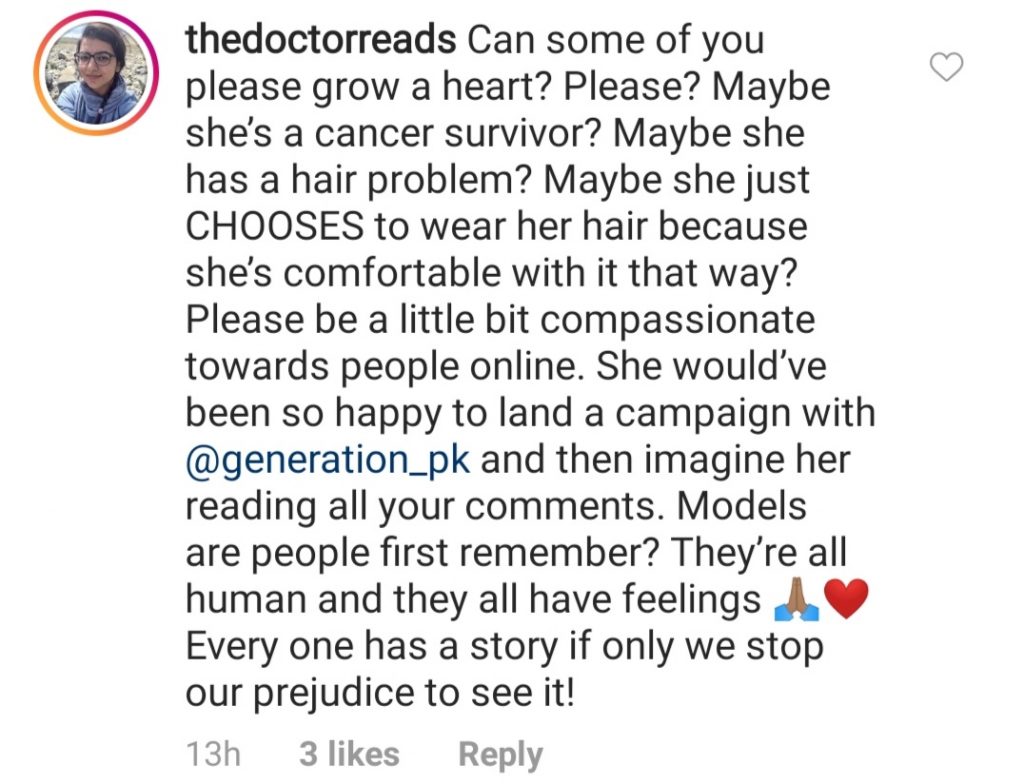 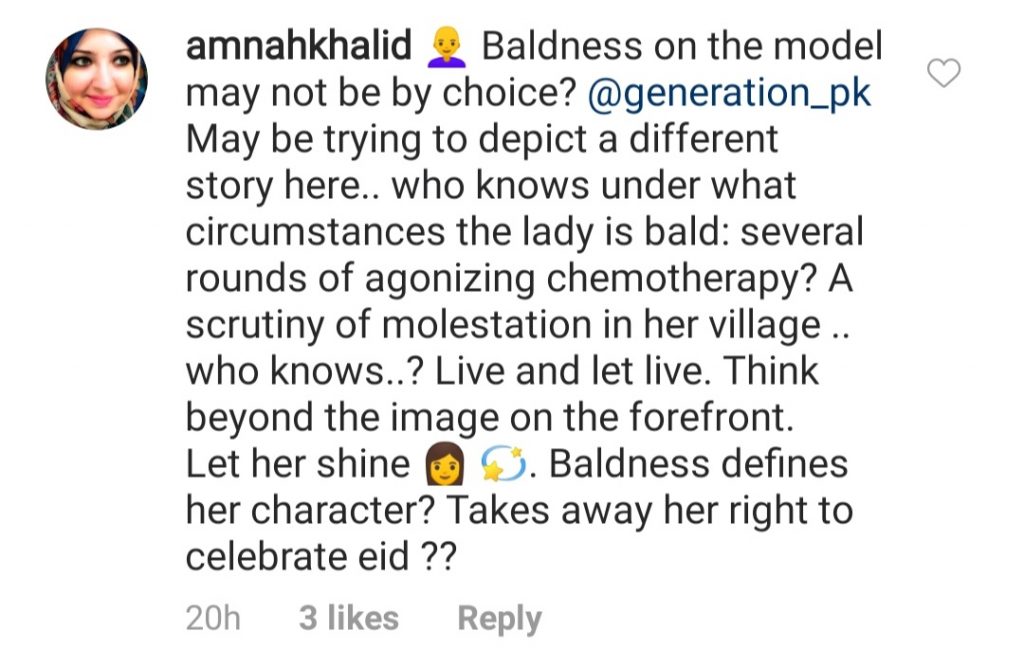 People were in awe of the stunning model: 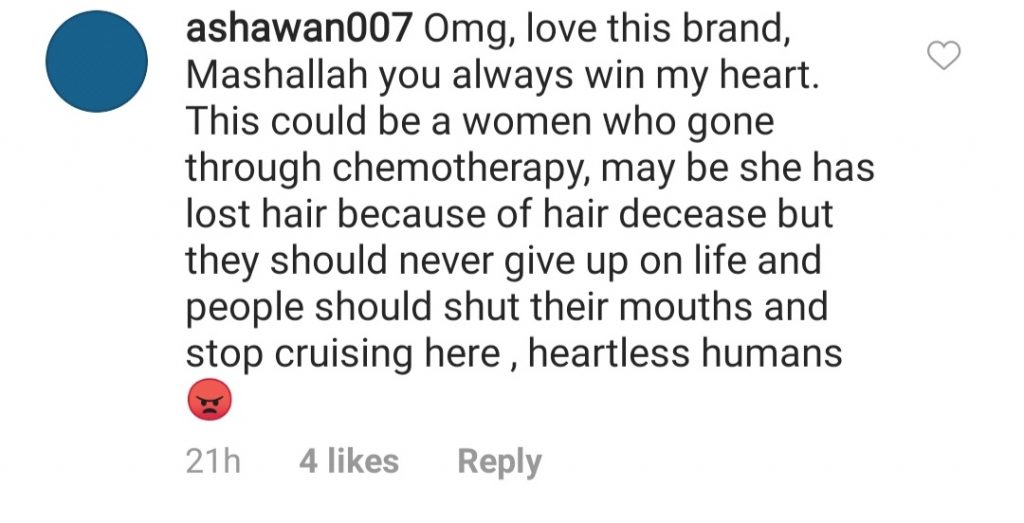 People were living for the campaign! 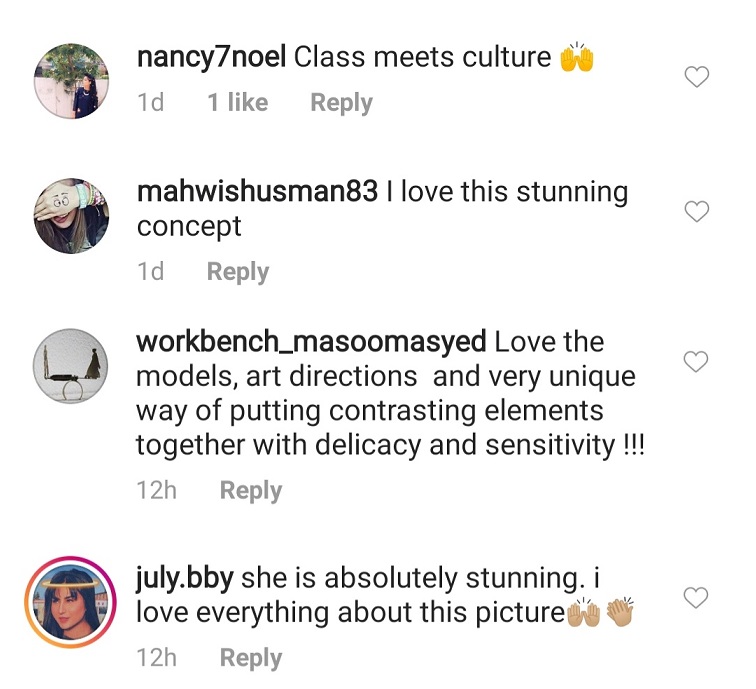 Couldn’t have been said better: 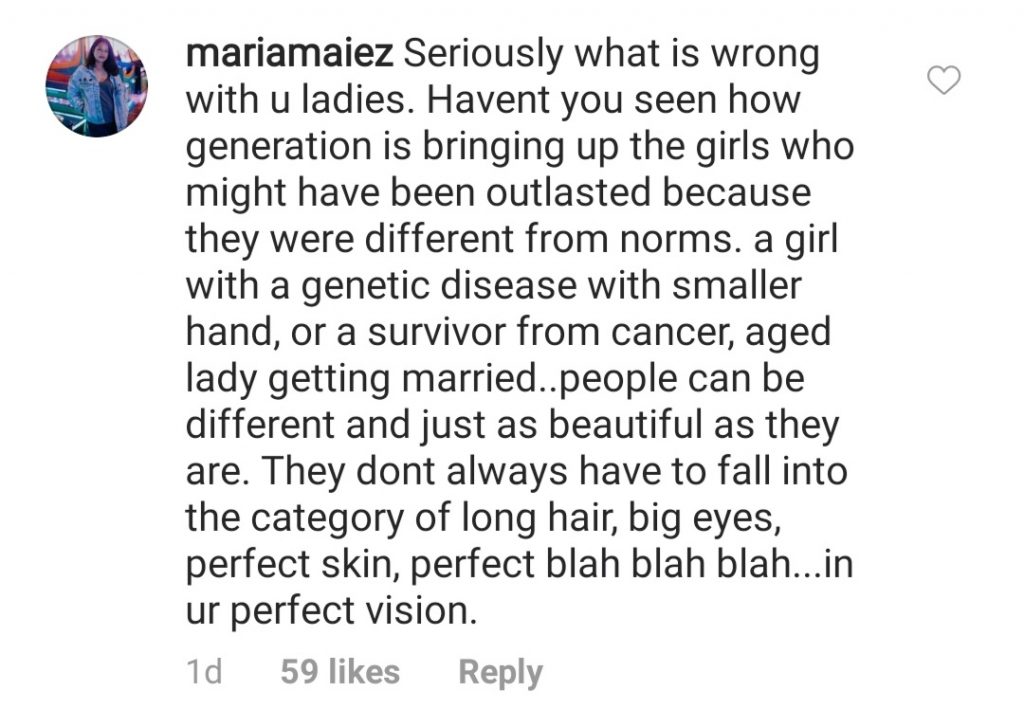 Finally someone who understands the point!

People thought the model looked like Elevwn from Stranger Things, and she does OMG! 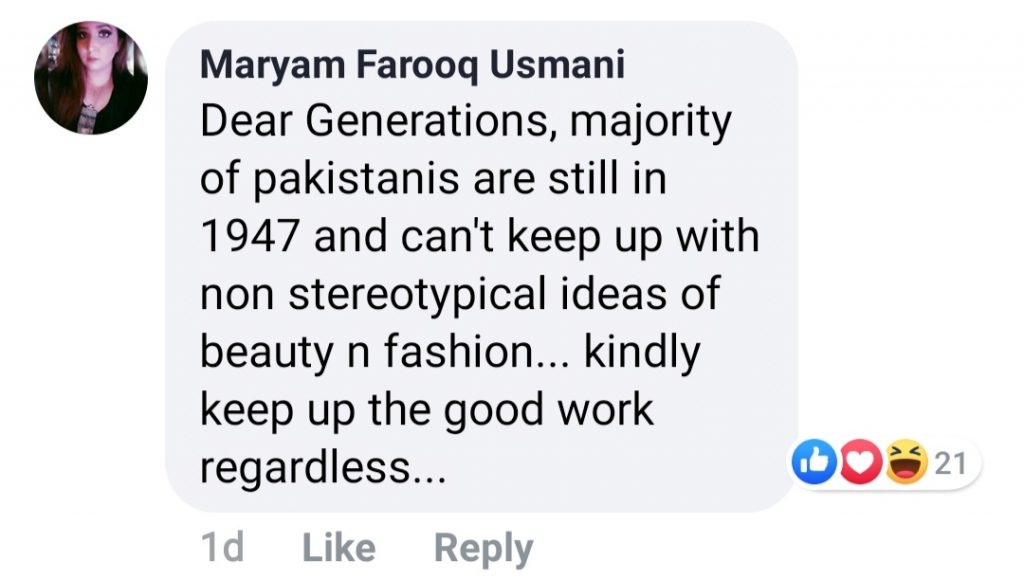 The kind of reaction that this campaign got is proof of how our society is still trapped in the unrealistic standards of beauty and how anything out of the ordinary can trigger them almost instantly. It also speaks volumes on how we as a society need to be more empathetic to others and shows the disgusting views that most people hold against inclusivity. We absolutely loved the campaign and the idea behind it. More power to generation and the beautiful models they feature in their campaigns!

Clash of the Titans: Which Film Should You Watch This Eid?

The hashtag #SareeTwitter will give you all the possible inspiration to wear a saree!