It’s not everyday that the US media takes interest in cricket, and that too, in a Pakistani league, but when they do, it’s nothing but hilarious! Featuring a joke on the expense of Pakistan Super League (PSL), super popular animated series, Family Guy has left many in stitches and others with tons of questions.

It all started when the nineteenth season of Family Guy hit the screens on Sunday night, and it showed Peter Griffin – the lead of the show, and his friends hanging at their local bar, The Clam, only to find it full of ‘international sports enthusiasts,’ which of course are the Pakistanis.

This season's Family Guy premiere launches with a joke about Karachi Kings and Lahore Qalanders pic.twitter.com/ipWCVGJ8wQ

The joke in question, shows a hilarious little quip where team Lahore and Team Karachi, talk about which team is better. This little nod towards Lahore Qalandars and Karachi Kings is downright funny and also, of course, full of the typical stereotypes you’d expect in international media!

Well, it’s not just us saying this…

Twitter is on their case too, and while some enjoyed the little inclusion Paksitan got in this episode, others are kinda done with the clichés!

Indian accents used unfortunately. Never heard a Pakistani talk with that enunciation ever

Tweeple just wanted some accurate representation, if anything!

No wonder why we have identity diasporas. Misrepresentation at its finest. 🤦🏻‍♂️

Others, just suggested some basic YouTube searches would have helped.

Unfortunately, they used typical Indian accent portrayed in media. We don't talk like that actually. A simple YouTube survey would have helped.

We all loved to poke fun at our own selves, though!

It also gave all of us cricket fans from all around the globe, something to rejoice over.

I burst out laughing. This isn’t the first cricket joke they’ve made, I love it

We liked how some noticed the moochain too!

Something we all loved though, is how they represented the Pakistanis having sodas in a bar instead of alcohol!

Was this all a nod to Lahore Qalandar’s owner, Fawad Rana? We’ll never now!

But all in all, yes, we went international and we LOVE IT! 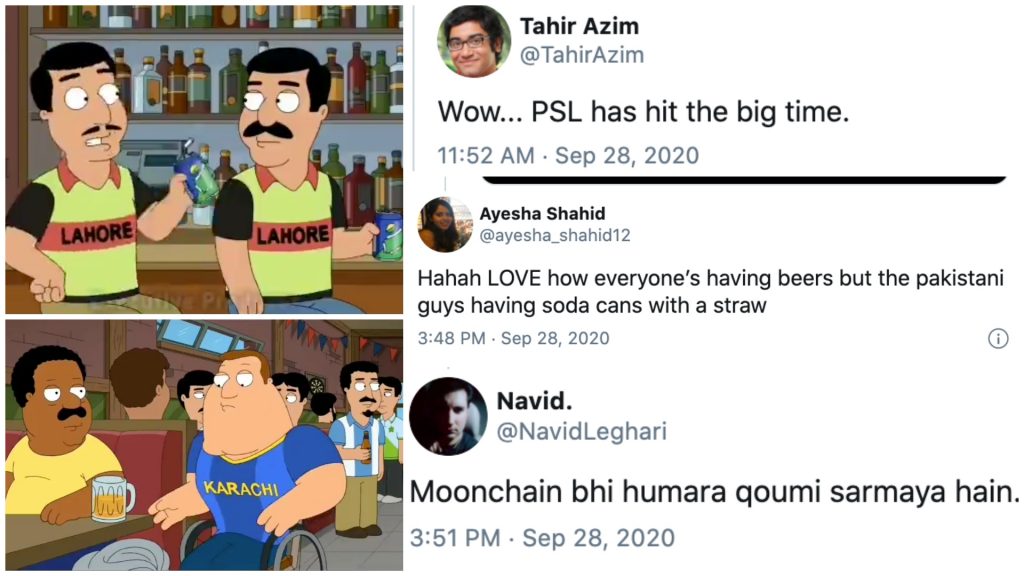 Stylo Pakistan Launches Its Fall/Winter 2020 Collection With An Encouraging Message To Stand Tall!