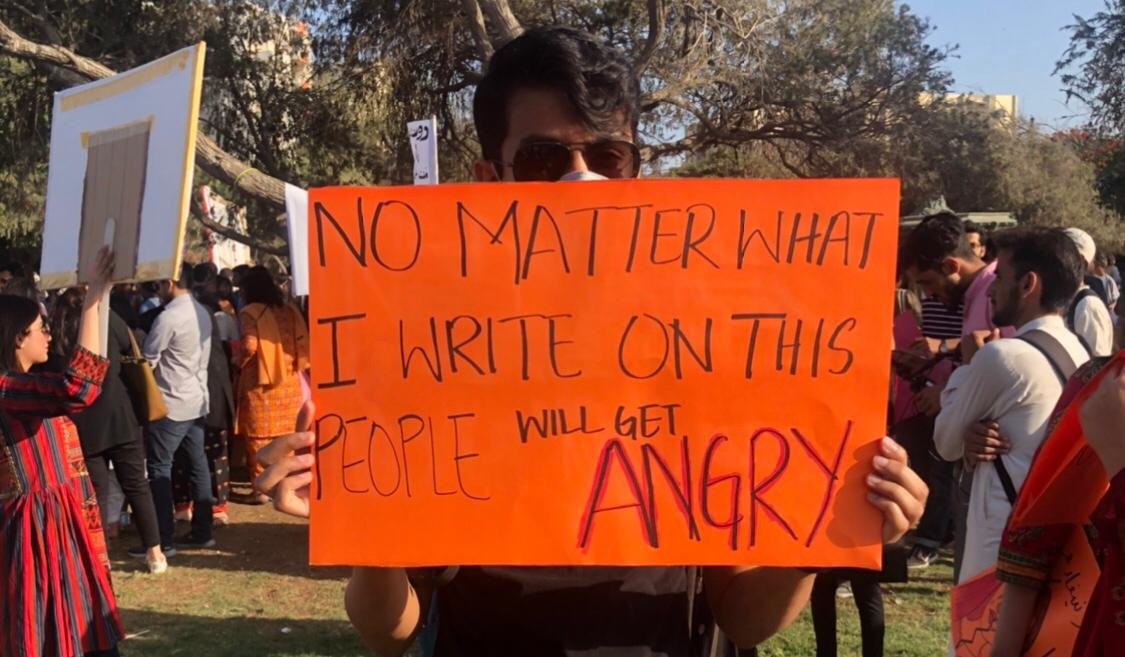 Yesterday was nothing less than revolutionary as women and men from all walks of life came out to march for women. A number of marches took place all over the country and the turn out was insane! Despite the march being hijacked in Islamabad the spirits of these women did not even flinch! And today we’re sharing with you our favourite posters from the Aurat March!

Because 85,000 female doctors are not practicing in Pakistan. This one’s for women in medicine #AuratMarch2020 pic.twitter.com/vig7l16C4M

This handmade shirt has our heart, so simple and yet so impactful:

Today I marched for all the victims of sexual violence and abuse. I stand with you. I remember you.

This shirt is handmade with markers to highlight the age range of the victims. #AuratMarch2020 #AuratMarchLahore pic.twitter.com/WS0uC4yiTr

Mahira Khan winning us over, yet again!

This is why #MahiraKhan marches. This is why we all need to march, men and women, vying for a better tomorrow. #AuratMarch #AuratMarch2020 #WomansDay (via @mahirahkhan, Twitter)

Why should we be paid less for the same work?

Pay gap in Pakistan is 40 percent. On aggregate women are paid 40% less than men. The reason for this is underrepresentation. Only 20% women work in Pakistan and hence even lesser reach higher positions. This costs 30bn$ to Pakistan's GDP. #AuratAzadiMarch pic.twitter.com/UfYFO8UWcN

My feminist family is off to the @AuratAzadiMarch – I am proudly a feminist today because my parents gave me the courage, support and vision to be one. I march today for all the daughters who did not have this support. #WhyIMarch #AuratMarch2020 pic.twitter.com/aiKvIkSVoh

A woman is not an object to satisfy your lust irrespective of her choice. She is a human before she has a gender and humans should have the choice over their bodies even after marriage. If you don't believe this, there is no difference between you and an animal. #AuratMarch2020 pic.twitter.com/sDcV17UAvI

To all the innocent women who were murdered, abused and tortured for not bleeding:

Some very strong ones from Quetta:

Say no to domestic abuse:

My sister went to aurat march too!!! and took these. We stan#AuratAzadiMarch2020 pic.twitter.com/aLEfCCZIMx

And that’s all a girl should be: 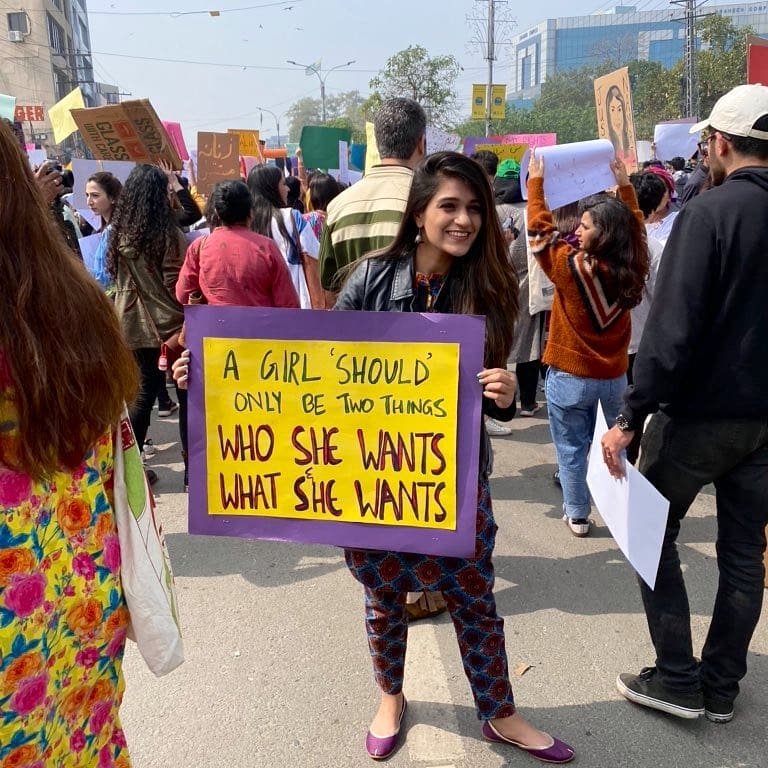 One of the most valid point, Islam gives all the rights but do Muslims and society also enforce them? #AuratMarch2020 pic.twitter.com/hB5AUw8sju

JOIN US AT AURAT MARCH 2020 pic.twitter.com/QFvp04XA0T

For all the introverts who stepped out: 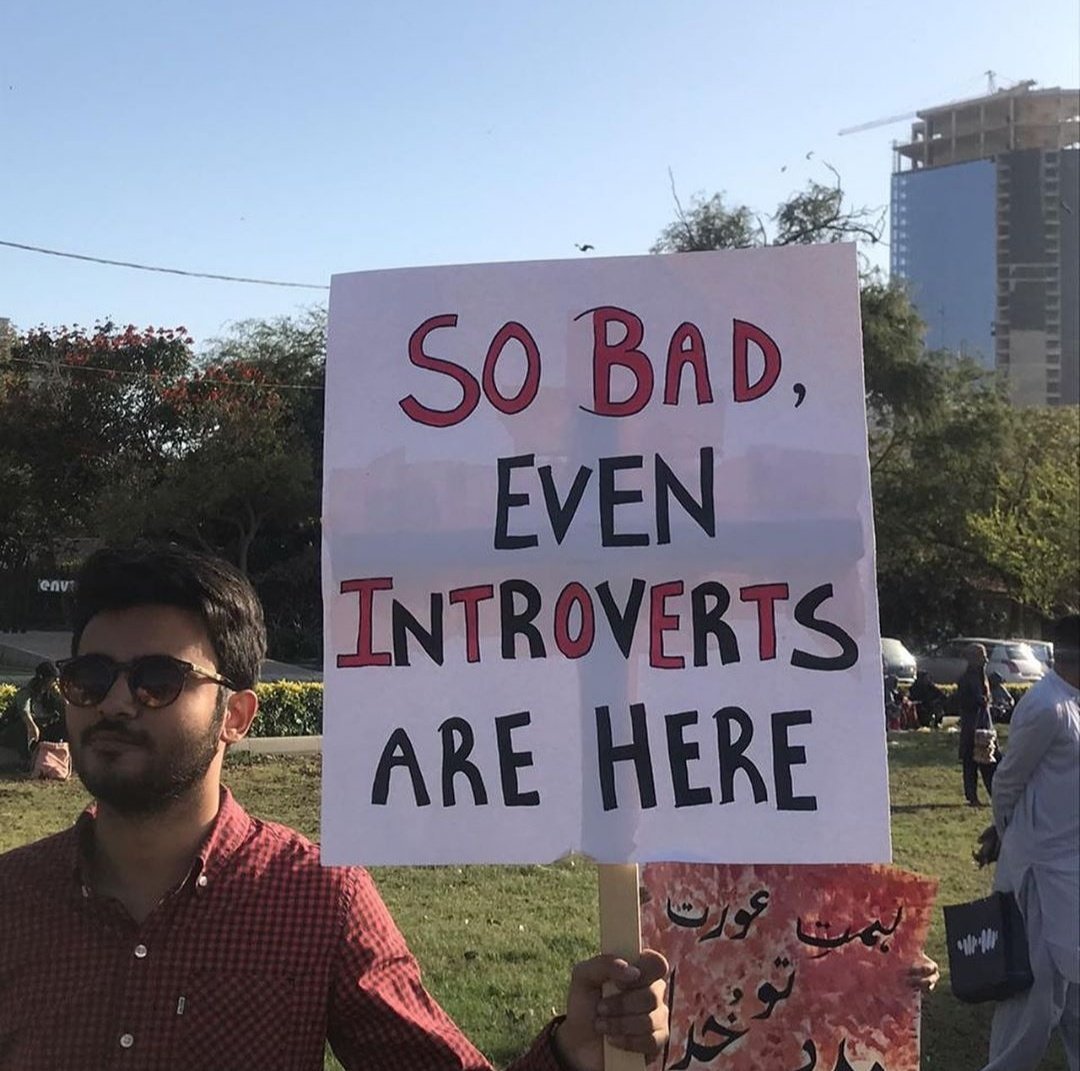 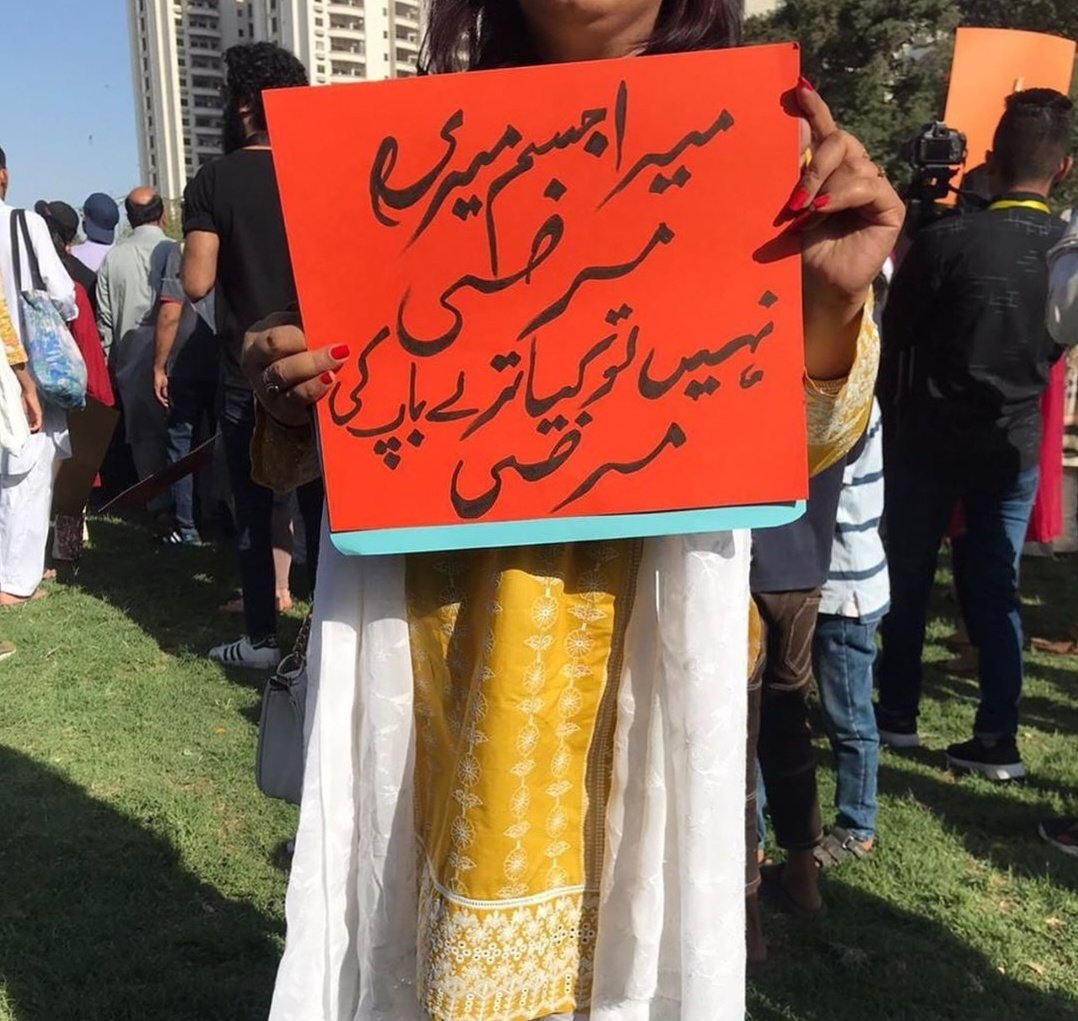 It’s as simple as that:

And we have a winner:

Excuse me we have a winner pic.twitter.com/oYoHP07iF3

What posters did you like the best? Let us know in the comments below!

Alif is going to end soon and the internet is not ready for it!

Women of Power: 10 Most Dynamic Female Politicians of Pakistan