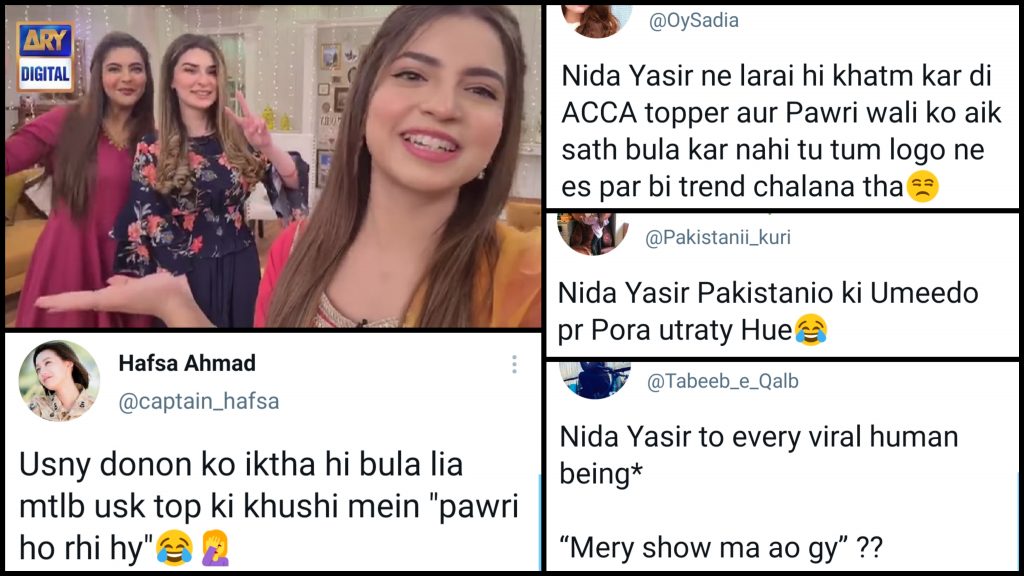 The last couple of days have been all about the #PawriHoraiHai girl and the ACCA topper Zara Naeem, some loving the two, some comparing the two and some waiting to see who makes it to Nida Yasir’s morning show!

And whenever someone goes viral, they’re always found at Nida Yasir’s show but what surprised the netizens was when both the girls were invited together:

Seeing the two together, the netizens have a lot to say!

People shared how Nida has fulfilled their expectations:

Nida Yasir to every viral human being*

The only person who meets your expectations 😂😂😂 ……. Expecting from her will never hurt u 😂🤣

Memers were quick to take credit:

People had their own interpretations:

People were anticipating next move would be a bridal shoot:

Some people weren’t too happy with the media:

Our media badly needs to learn this now that who deserves the fame and who not bcoz nowadays in Pakistan people dont need to work hard or do something amazing to get famous and i think thiss not a very good sign! https://t.co/0ivLcxZPWl

Did you watch the show? Let us know in the comments below!