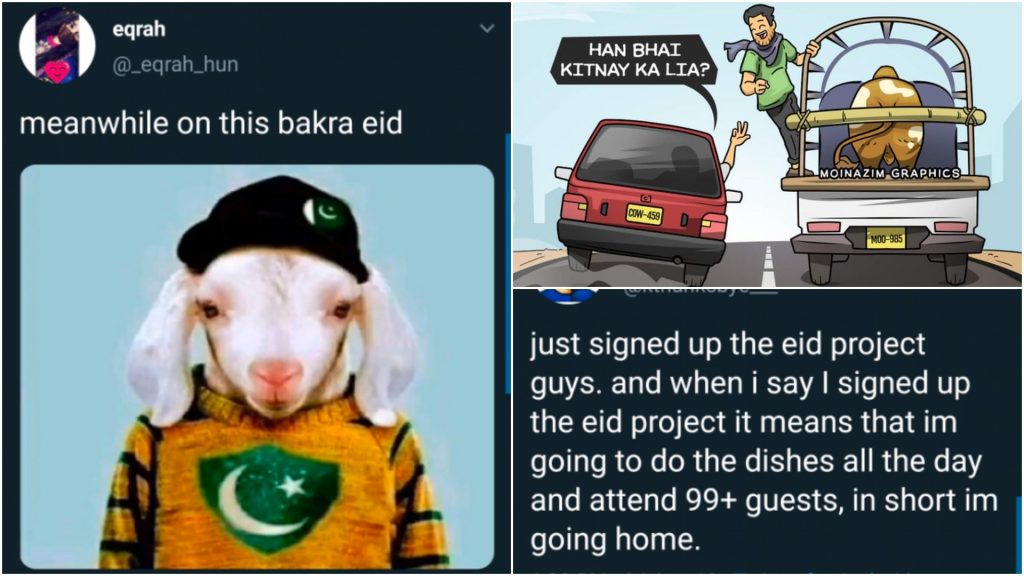 Eid ul Azha is right around the corner which means you’ll probably be hearing mehhs and moohs of the sacrificial animals everywhere you go. And while this Eid is all about the boys enjoying their trips to mandi and walking their animals, the internet is really excited for it!

Sis, the only eidi we get is gosht:

AHHHH Muslim oomfs eid is in a couple of days I don’t got an outfit yet but whateva WE BOUTTA GET THAT MONEYYY FROM DEM AUNTIES WE AINT EVEN KNOW pic.twitter.com/HY28WRCERO

All the women signing up for the Eid Project *cries*

Many were showing off their animals bought from their own money in this economy:

"Revenge of the Janwar"… coming soon to an Eid near you… pic.twitter.com/OJ54qhYNcz

People were sharing how we’ll be served mutton for every meal for the next few days:

Preparations are in full swing:

Some gave tips on having the full week off:

Scene on and gaayein down:

Independence day is also falling amidst the eid holidays and people had a lot to say:

meanwhile on this bakra eid pic.twitter.com/Ax6uOTe5ZR

Some were appalled at the prices: 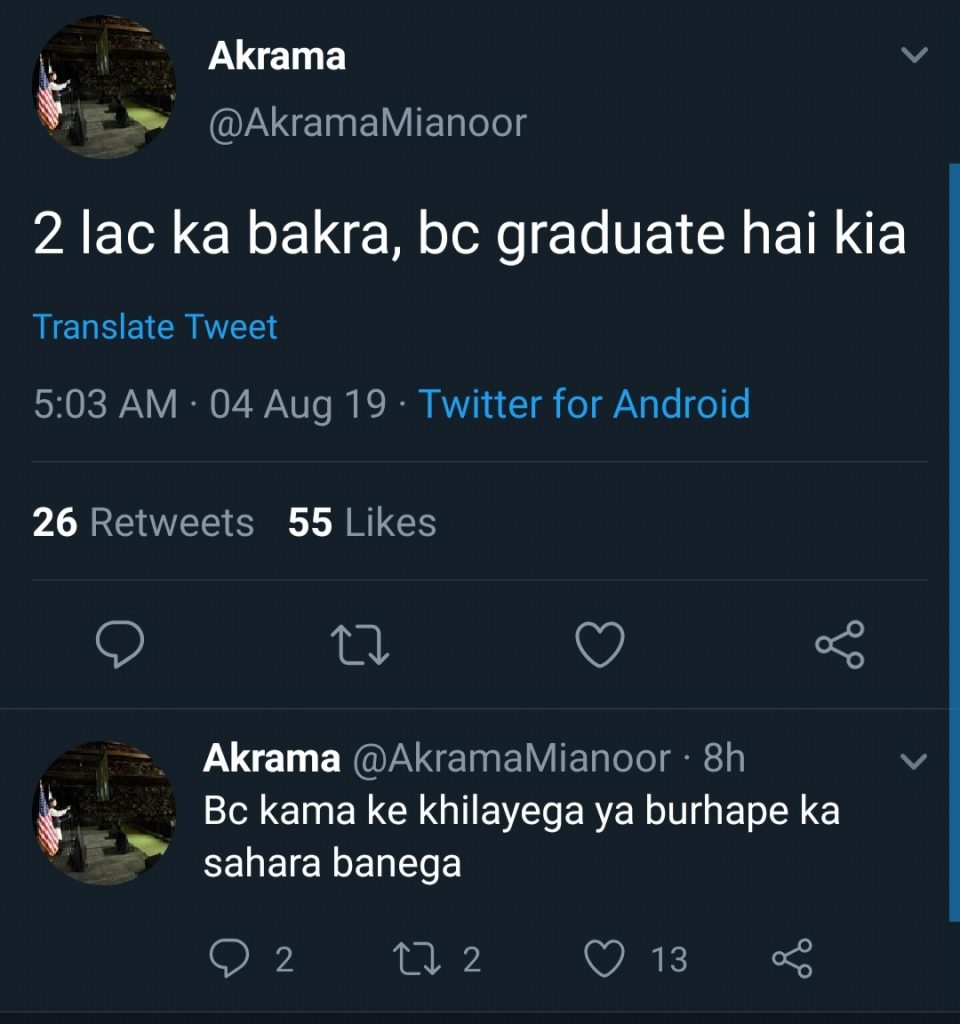 Some had hairstyle ideas for their friends:

To which do you recommend this type of hair cut on this #EidulAzha2019 ? pic.twitter.com/R51ktbcSCE

And shoe suggestions too, to match with your animal:

To all the Aroojs in the country:

Are you excited for Eid? Let us know in the comments below!

Diva Jukebox: Top 10 songs you had on repeat this week!

Mehwish Hayat's efforts to save hockey have finally paid off!