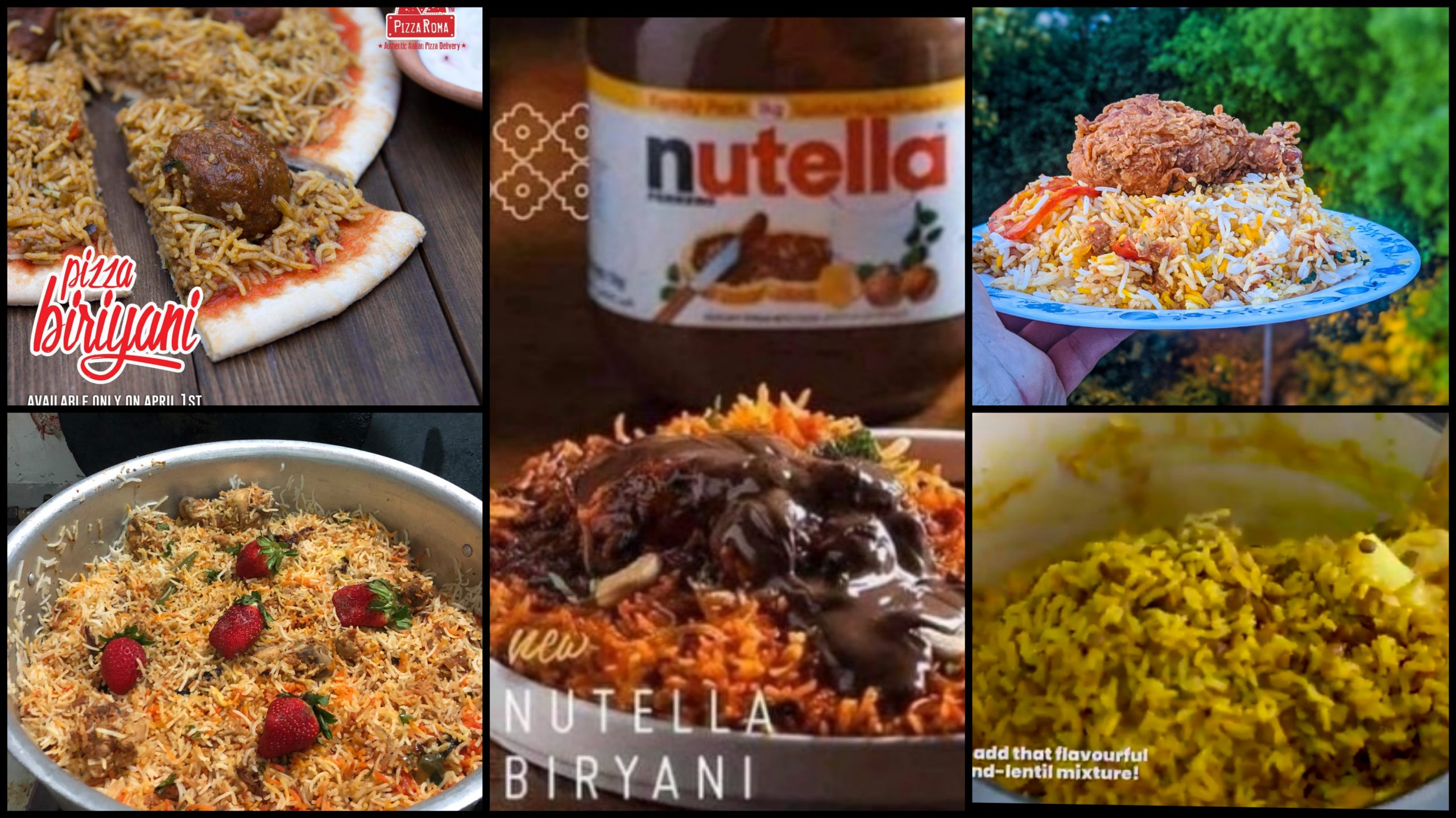 Desi tweeple and their love for biryani will forever be a touchy matter! Be it the city wars on which city serves the best biryani or #TeamAalu vs #TeamNoAalu there’s never a dull moment on the internet where biryani is involved!

And today we’re taking you back to the 7 times the internet tried ruining biryani for us!

Please stay away from me if you eat Nutella Biryani!🙏🏾🙏🏾🙏🏾😅 pic.twitter.com/ykJvJ3Teez

Say what you want, but we take our biryani VERY seriously, which is why when someone tried introducing Nutella biryani, the internet was ready to fight them! While we did have some very adventurous ones who wanted to give the dish a try, the rest just weren’t having it and the dish sparked quite the uproar on Twitter and Facebook, good thing the idea was dropped!

Remember when Biryani Center put zinger biryani on their menu? And people were actually travelling long distances to try it, yeah, that happened. And while it seemed fun to spice up the boring biryani, it wasn’t long before the restaurant discontinued it and the netizens were thankful!

I mean, the last 2 fusions were somewhat imaginable but biryani on a pizza? Yeah, this was definitely trying to be a thing a few years back and at this point all the desis wanted was to enjoy the simple pleasures in life: a good plate of biryani!

In celebration of Heritage month we’ve whipped up an easy-to-make, scrumptious biryani that’ll have you coming back for seconds >> https://t.co/5oIFxD8P7H pic.twitter.com/bFA95EhXYE

In an attempt to jump onto the biryani bandwagon, some white chef on the internet decided to *SPILL* the authentic biryani recipe and it was everything but authentic. The recipe which featured lentils among other things gathered massive, and we mean MASSIVE backlash for it, so much so that the food network had to apologize for the monstrosity!

We made “Strawbiryani” at home today and I am curious to know what desi Twitter has to say about it. pic.twitter.com/PCZ0Ug38gc

While most of us stepped into 2021 with a calm mind, one Pakistani in particular chose violence as he added strawberries to his biryani and the saviours of biryani were ready to fight him!

What do you think of these fusion biryani recipes? Let us know in the comments below!

The doors to ETHNIC’s Flagship store are now open!