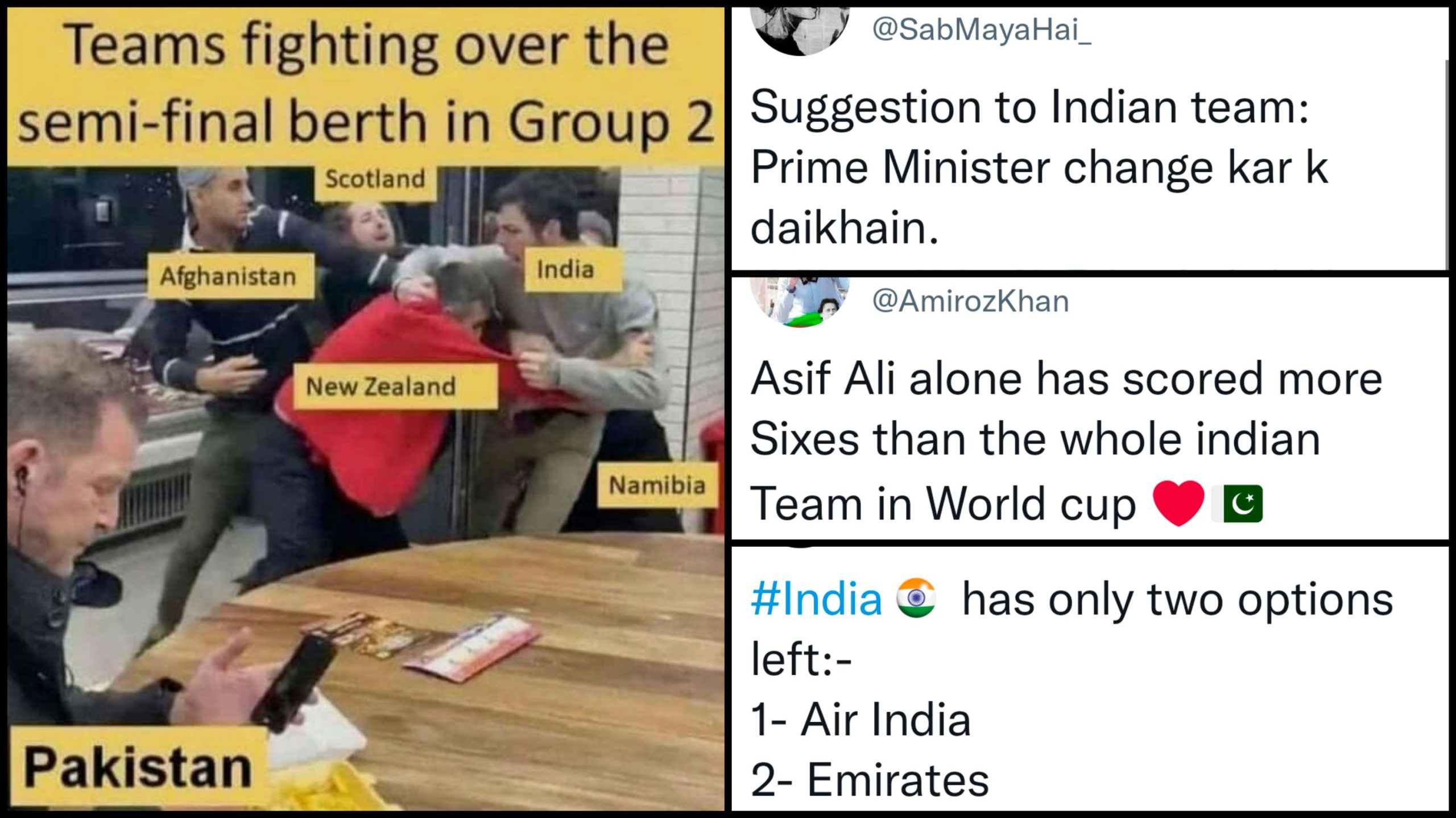 New Zealand inflicted a crushing eight-wicket defeat on India at the T20 World Cup on Sunday and put the tournament favourite on the brink of elimination.

India’s much-trumpeted batsmen flopped for the second time after a 10-wicket defeat to Pakistan. And while Pakistanis had a hard time picking sides, they had the time of their lives churning one meme after another!

So sad that India lost. pic.twitter.com/4OTxrxOflP

Covid tests I had to take to get to and back from Dubai: 5

Wickets INDIA has taken in the World Cup: 2

Last month when New Zealand & England pulled out of their respective tours of Pakistan, many Indians were celebrating & cheat-thumping “Pakistan cricket is finished,” today we’re in semi final with 3 wins & India almost out with two absolutely humiliating losses

not sure what has surprised me more pic.twitter.com/cJA3NpQx4I

Journalist: What do you think what is the weakness of India, why they are lacking in batting department.

Don’t give him more ideas!

This world cup is scripted by ISI on fifth floor of Serena hotel Kabul, no other explanation for what has transpired this week

Pakistanis realising they have to complete the formalities of playing against Scotland and Namibia before the semi final. pic.twitter.com/5UR8OISNgD

Pakistanis deciding whom to support during #INDvNZ pic.twitter.com/3JjoaPRFhS

Other than Pakistan matches, all these matches have been quite boring tbf

I don’t understand how are people comparing India with Namibia. Have you all lost your mind? Stop this non-sense and show some respect to Namibia. They have actually won one game this world cup.

Dressing up as Shaheen Shah this halloween to scare neighbours

The only October dump we stan!

Are you enjoying the T20 World Cup this year? Let us know in and comments below!

Someone Compared Kohli's Turnover To PCB's & Pakistanis Have Savage Replies!