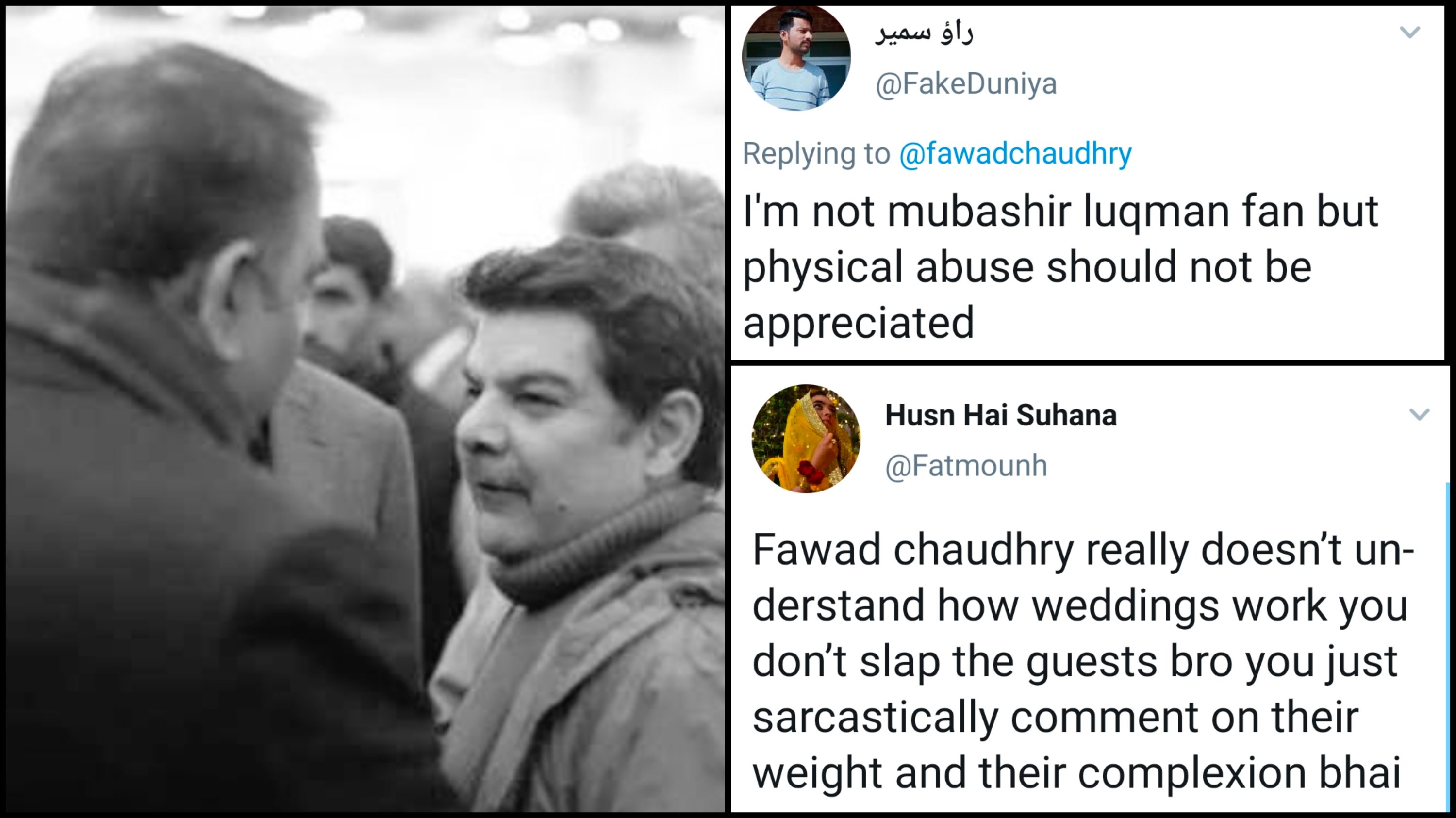 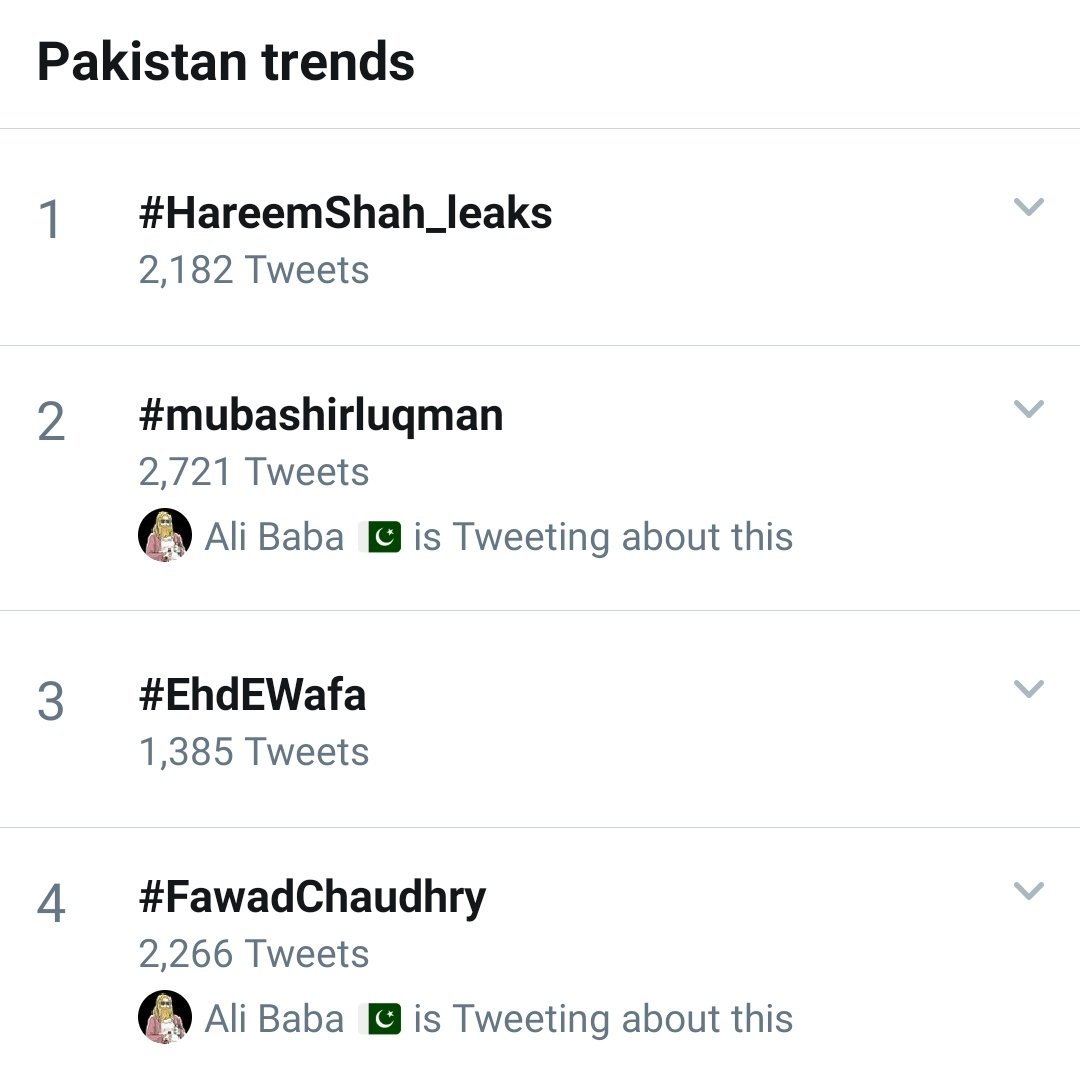 The real cause of the argument was a show that Mubashir Luqman had done a few days back where he claimed that Hareem Shah had disgraceful videos of Fawad Chaudhry:

This allegation about #HareemShah_leaks led to fight between fawad Chaudhary and Mubasher Lucman 👇 pic.twitter.com/hnbFTt460Y

The news sparked debate all over social media, and the netizens had a lot to say!

Some were sneaking in a tip or two:

People were putting it all on Hareem Shah:

People were disappointed at the top trends:

Fawad chudhry response to Mubasher Luqman ,when the later refused him to hand over Hareem s video tapes which he revealed in his show…😉🤭 pic.twitter.com/nHkSpzHxLd

Some were of the opinion that Mubashir Luqman deserved the slap:

He completely deserves a slap for being dressed like that at a Valima! #FawadChaudhry pic.twitter.com/DiftOzIS7R

Mubashir Luqman got what he deserved, he is black mailer

Some live-tweeted the scenario:

People were tweeting out reactions:

Some actual attendees were bummed to miss the action:

Such a barefaced full movements in Pakistan History., now just for a girl our ministry of science and technology and the famous anchor will flight .What’s else left now#mubashirluqman #HareemShah_leaks pic.twitter.com/eLK1ZPfZLz

And there were more memes:

There were people who wished that authorities would look into the matter seriously:

Please do not compare #HareemShah_leaks to Qandeel Balouch. Qandeel did what she did and owned it. Hareem and Sandal hide behind the mask of Tiktok and blackmail people for dirty money. I sincerely wish any authority could block their social media or charge them for blackmailing

Rumi proposing for his father is winning the internet today!